When it comes to a calling, it is something that you’re passionate about and are willing to do even if you don’t get immediate rewards. As a blogger, I have learnt that creating interesting web journals is not only my talent but something that I would love to do deep into the future.

That’s the exact thing that 26-year-old London based Italian/Ugandan model Samantha Summers discovered. She currently works at an oil and gas company in UK, having pursued a Masters in Public Health. Her day-to-day job is to focus on the health aspects of the company’s oil and gas business that the company runs.

Health is a natural choice for her as she grew up living in different countries. Her father’s job saw them move across Tunisia, Venezuela, Italy, USA and Uganda. After completing her highest qualification, she went to volunteer in Uganda at a charity for six months. She was working at a local hospital managing and monitoring health programs dealing with maternal health, Malaria and HIV/AIDS.

“When I get older I hope to be able to open my own charity that focuses on HIV/AIDS in Africa for adolescents,” she says.

The exceptionally beautiful lady fondly remembers how it all started. While she was growing up, she was a bookworm. She always knew she wanted to be in the health industry. Nevertheless, her fellow teenagers would encourage her to try modeling, but she doubted if her body size was the correct fit for this profession.

“Two years ago I got approached by several artists based in Los Angeles and here in London to be in their music videos but I declined all of them. Then just last year I met this gentleman called Charles who is the director of Charles and Ko UK’s leading ethnic modeling agency in London. He convinced me to try it. At first I was so nervous at first but I ended up liking it so much. I also discovered that I could focus on my main career while pursuing modeling on the side,” she reveals.

All along, she had an inaccurate perception of what modeling is all about.

“I never thought about being a model. I just had a different concept of what being a model means. I felt that at the beginning I wasn’t confident…I didn’t think I fit the definition of a model. I found out that modeling is really about learning about yourself, your body and being proud of who you are. Modeling really helps you get over those fears.”

She thought that being a model meant being size 0, not eating and having a super tall stature. However, in today’s society, women of all sizes are becoming more accepted into the modeling industry. There are also many opportunities for everyone; you are not limited to the standard runway.

So far, things have been good for Samantha. She is making major strides in her newly found passion.

“I have done several projects, with the biggest being four. One is a music video that I shot two weeks ago. I really like it because of its artistic concept. I am usually skeptical about videos but really like the one I did .Also I recently shot with photographer who has done spreads in several fashion magazines here in London. Finally, I was in Amsterdam about a week ago shooting another video with a well known music group that in under two weeks got over a million views.” she adds.

Samantha is admittedly fairly fresh in the game but is hungry for success. She is exploring as much as she can in the modeling world. She hopes to eventually work on big projects that will elevate her to another level.

She is also a visionary as far as fashion is concerned.

“The future of modeling for me is a society that will allow a more realistic definition of women as far as body size in fashion is concerned. This will mean more variety of women of all shapes races sizes because that’s the truth. We’ll see more diversity. We already see it with supermodel Winnie Harlow who has a skin condition, something that would have been perceived as weird or unattractive a decade ago. Instead today Winnie is one of the top models in the industry regardless of her condition.” 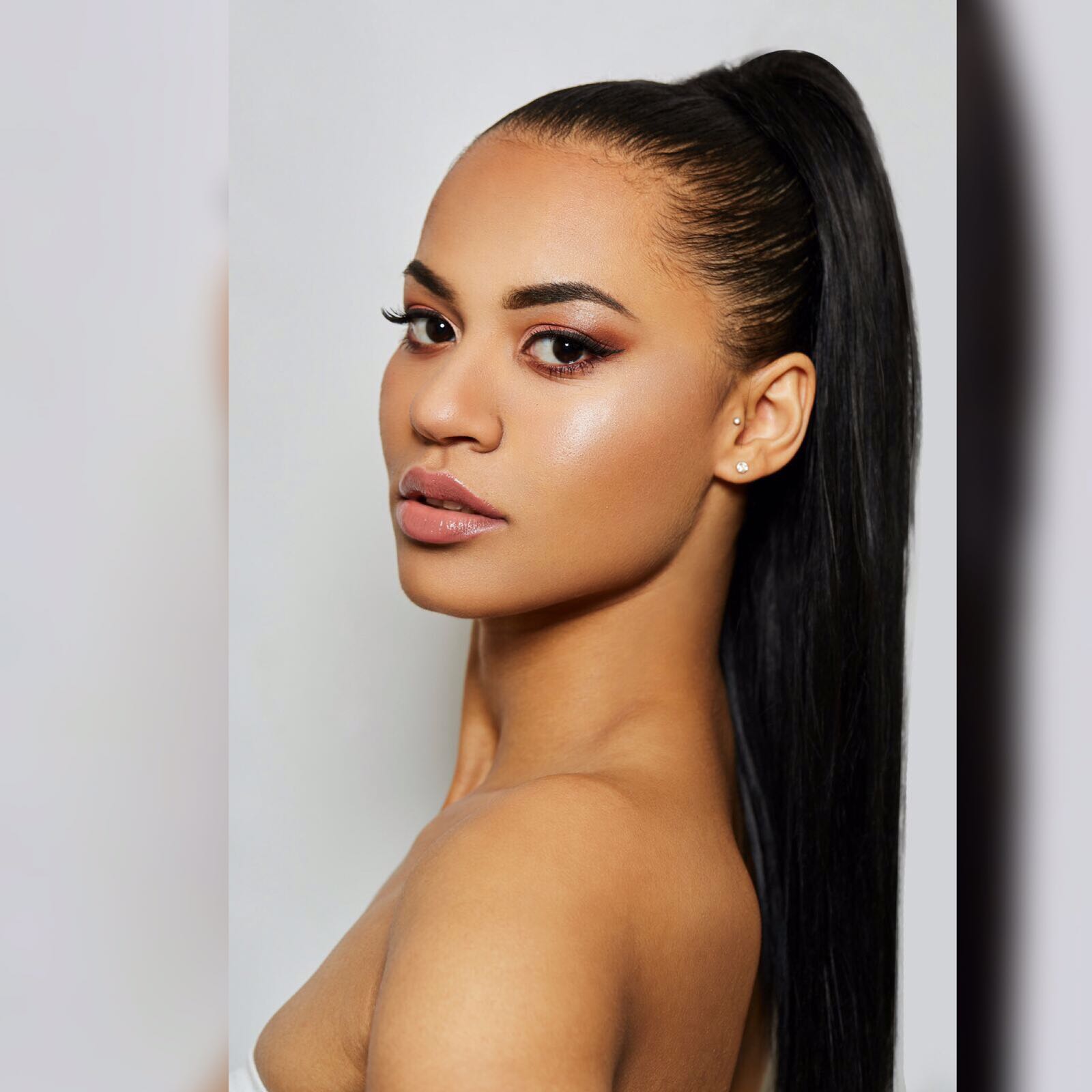 Her parting words for aspiring models.

“Always remember that if there’s a will, there’s a way. Always remember that if modeling is what you wanna try, then so be it. First, take your time to study what modeling really is. When I started out, it seemed like one big thing to me whereas it actually is an umbrella. There’s many different sides to it. Get familiar with the different sides. There’s all kinds of modeling…there’s runway, advertising and video modeling. Decide which one you wanna be in, then from there start practicing. Take pictures yourself, do poses in the mirror. We live in a powerful social media world today. With it, you can get connected with people from all over the world. You never known who could be watching your pages.

You have to remember that your profile is your brand. You are a walking brand. So learn to market yourself. Keep posting. That’s how some of these famous models today got discovered. They just get connected to a photographer.”

That’s the same thing that happened to her. When she gained enough confidence to start posting, she started getting proposals from top photographers who would then book her for shoots.

There you go! You are all set to make your first step into the modeling industry.