Inside Toni Nkhahle’s World: How She Chose A Different Path From Other Celebrities

Toni Nkhahle is one of South Africa’s most bankable influencers. She’s got stunning looks, a banging body, and a killer sense of style. From 2016, she has built a strong, engaged audience on Instagram.

The spotlight has had a considerable impact on her life, but the pressure didn’t shake her beliefs, deter her from her goals or alter who she really is. In our exclusive interview with her, Nkhahle opens up about her journey so far; she dropped nuggets of wisdom and literally made us laugh loads during our chat. 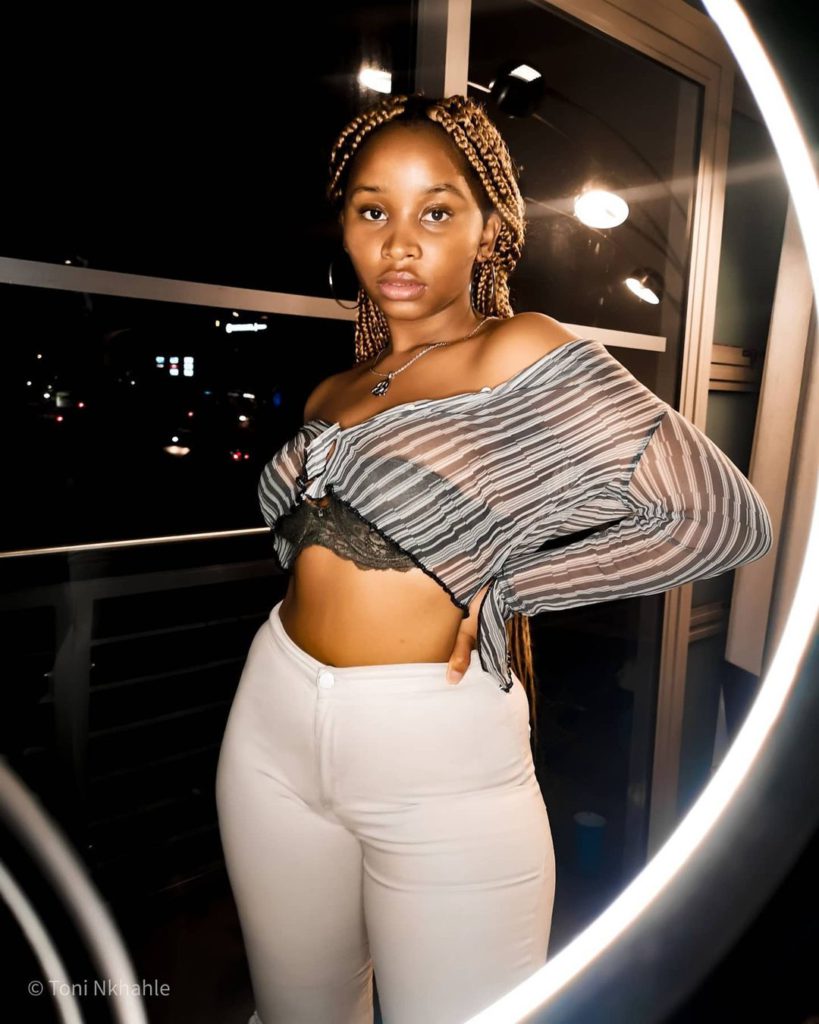 Nkhahle is funny, smart, and focused in life. Truly, she’s humble and super adorable we must say. Want to know how to bag big deals with brands such as Fashion Nova, maintain your principles in a tempting online world and still succeed in life? Read on and be inspired!

Fashion Today: You’ve been big on social media for quite a while. As early as 2016, you were popping. What do you feel has been your biggest lesson being an influencer.

Toni Nkhahle: I’ve learnt to be myself. Being a public figure puts pressure on you to conform to what the public wants. At the onset, while I was on campus, I always felt like I needed to post new stuff to keep people talking. I was very young and I did not really know myself very well. So, I kept people talking and it felt good when I was trending. I, however, thank my boyfriend who literally saved me from being lost in this vast maze of social media.

FT: You’ve worked with Fashion Nova before. Many people wonder, how do we get such deals?

TN: Initially, I approached lots of South African brands to work with. It proved difficult getting deals because either they weren’t willing to pay, or you simply needed connections. Thus, I decided to approach the likes of Fashion Nova, Pretty Little Thing, and other international fashion houses. 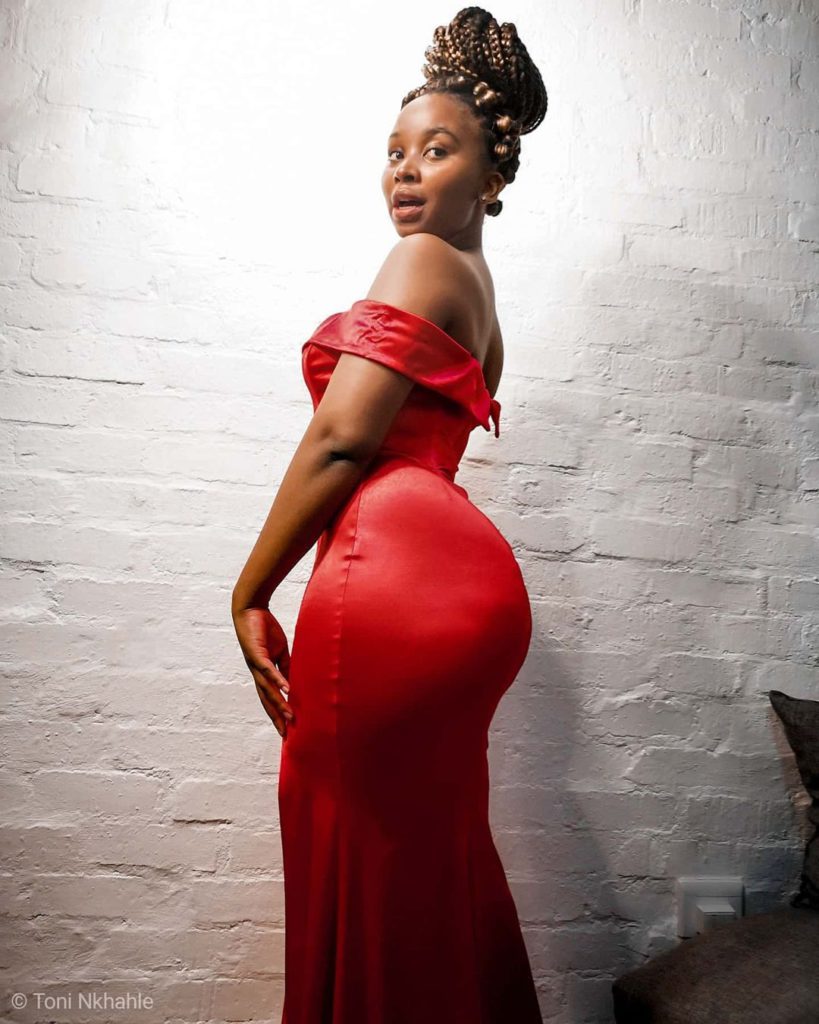 Fashion Nova decided to take a chance with me with their Curve line. Our first campaign was free. But I had to take it; it’s a big brand and I just needed my foot in the door.

The posts did so well that they decided to pay me per post. They requested to know how much I would charge them; I did my calculations, including the minimum I needed to make per month to cater for my bills.

I became their first-ever South African brand ambassador; I am grateful for the chance that they gave me.

FT: Does it pay to be an influencer in South Africa?

TN: Yes, it does. But, it depends on who you know. I know of micro-influencers with just a few hundred thousand followers but they are living the life.

How it works is, if your influencer friend knows artists and brands that pay well, they connect you with them. Then, you get paid very well to constantly promote their events, music, or even clubs. Once you’ve made it in SA, you really have made it. 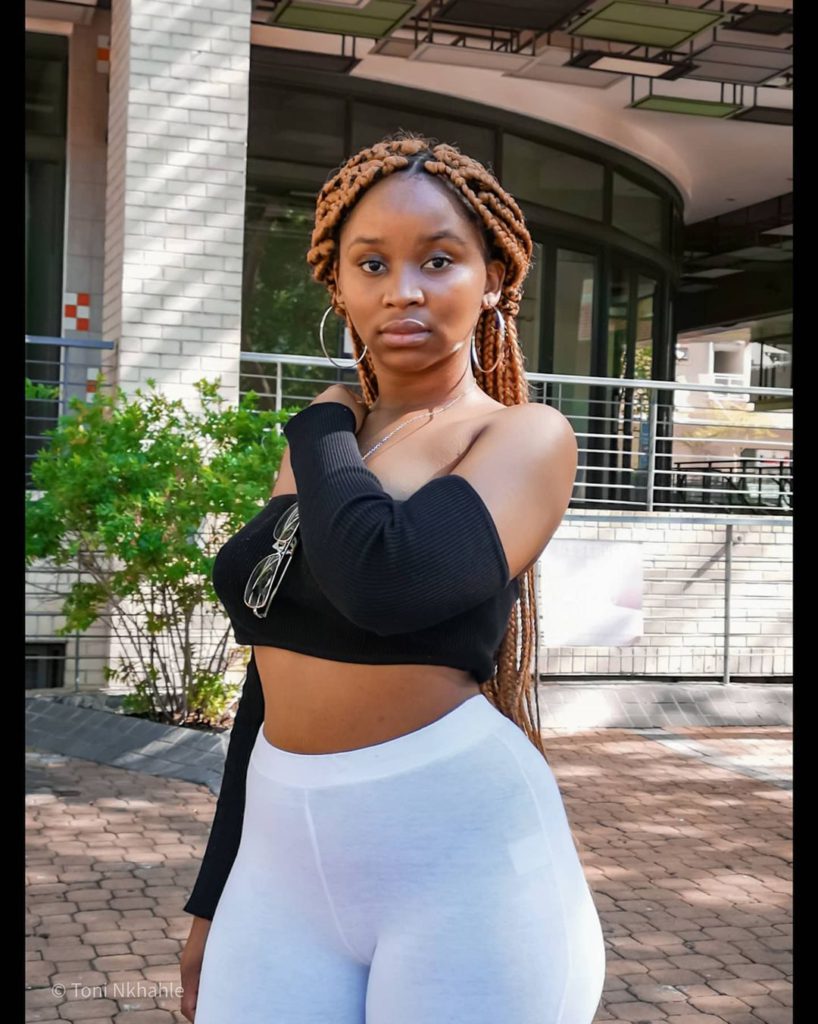 FT: You’ve been quite public with who you’re dating. Has it been easy?

TN: I actually got into my first relationship when I was 18. I was quite shy and very insecure. I always wondered if my boyfriend would take me as I am.

So a month into the relationship, I posted him to show him that I truly loved him; I was a different person in real life. I wasn’t the Toni who was trending and whose DMs were popping.

In fact, I had to make a tough choice. My friends were like, I should date the ballers who could fly me to Dubai, spoil me with all kinds of gifts and live a lavish life. But my boyfriend was enough for me.

He told me that I did not have to go that path; I did not have to do what everyone wanted me to do. I must admit that it was quite tempting. So after a while, we stopped thinking about and caring about what people thought about us. He’s quite shy by the way; I still am but we’re no longer confined to what people expect us to do.

FT: What’s your biggest dream that you’re yet to achieve?

TN: I want to start one of the best schools in the world. Growing up, I was taught by teachers from Zambia and Zimbabwe. They were so smart. In SA, the education system doesn’t favor nurturing of talent.

I would like to build an institution that caters to everyone; whether they wish to be musicians, pilots…no one should have to pursue what they’re not passionate about. 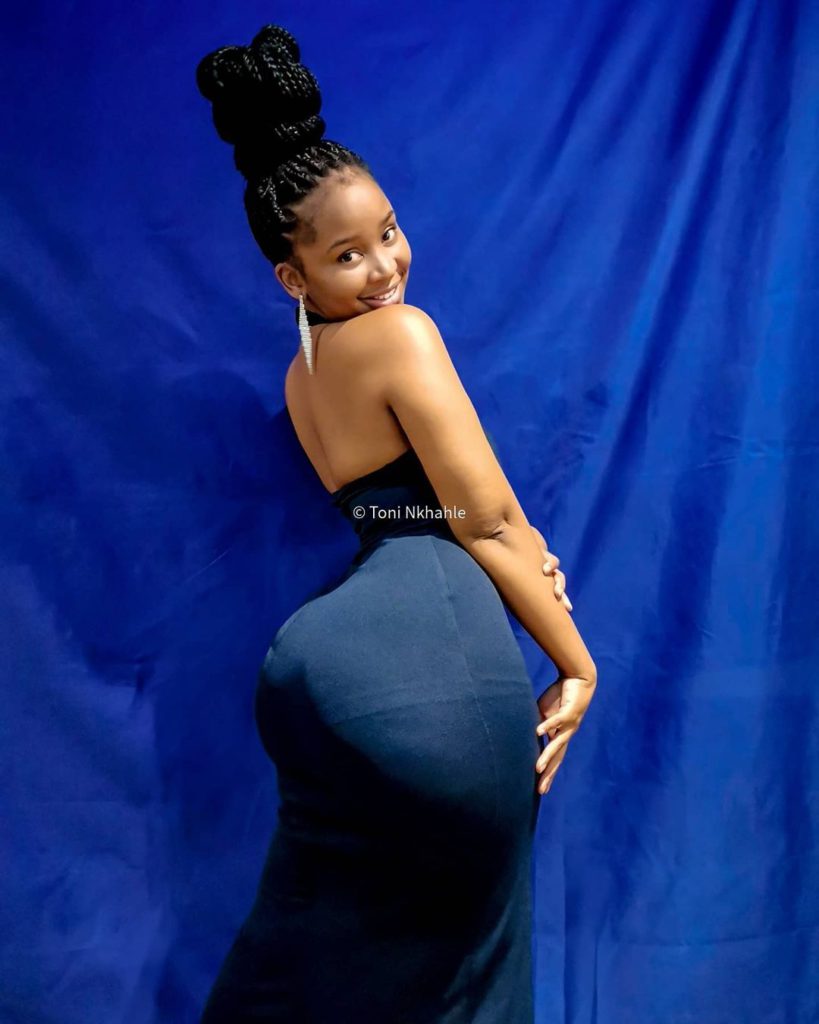 I personally pursued actuarial science but I am into fashion and music. I do sing, by the way, and I’ll soon launch a YouTube channel and drop my rap music. You should expect amazing things from me.

FT: Let’s talk about your fashion sense. How would you describe it?

TN: It’s dynamic, but still, one thing is consistent. I love my crop tops. Come summer, come winter, I love putting on crop tops because I love my tummy. I can be a tomboy, rocking some leggings, sneakers, and a crop top, and I can be girly when going to a restaurant; that lovely dress does it.

TN: How has your personality evolved ever since you joined Instagram?

TN: I come from a family of beautiful women with nice bodies but while growing up I wasn’t always sure about myself. I wasn’t always like, I am fine, I am hot…I was laid back. However, my success on Instagram confirmed just that and I am humbled and grateful.

FT: You have fans from all over Africa and beyond. Have you met some of them in real life? How was your experience?

Yes! I have. I always maintain a low profile when I am out and about but there will always be someone who sees me and comes up to me to say hi. It can be scary but I am grateful for the love.

I don’t use the same name as Instagram on Uber by the way. I use my middle name so that my driver doesn’t expect to be picking up Toni Nkhahle. All in all, it’s been quite a memorable experience.

There you have it! Toni is a multifaceted young, beautiful lady with great ambitions. She’s truly inspiring and we wish her all the best in her career!